Earlier this month, PretentiousPDX.com celebrated its first birthday. Although this blog has existed in some form since May of last year (as we noted in our Faux-iversary post), the website itself went live on November 6, 2012 – and with it began a crazy roller-coaster of a ride that shows no signs of slowing down 12 months later. We’ve blogged (although less than we would’ve liked to), we’ve Tweeted, we’ve Insta’d, and generally tried to spread our particular brand of pretentiousness to the people of Portland. And we’ve met with some success. There was the 94/7 Perfect Playlist, there was that time that Macklemore retweeted me, and there was the article got the attention of KNRK and resulted in my recent gig writing 94/7’s Live Music Blog.

It’s been a great year, there’s no denying it. But the enthusiasm I feel for our first anniversary is tempered somewhat by the realisation that this month also marked another, infinitely more sober anniversary. Three years ago, on a rainy, windy California afternoon, I stood with my mother in a cold hospital room and held my father’s hand as the doctors shut off the ventilator and we watched the numbers on his heart rate monitor slowly dwindle down to zero. These days I may keep a running tally of page hits and concerts seen, but on that fateful Sunday, the only thing I could count were my own breathes as we waited for the end.

This Saturday would’ve been my father’s sixtieth birthday. Traditionally, such milestones are a time for celebration and merriment, but such will not be the case for Paul Robert Delegato, born 30 November 1953. This week, there are no parties, no celebrations, no birthday cakes – only a cold November wind and a host of rapidly fading memories.

In the wake of the this loss and the ones that followed (my longtime coworker and mentor the following May and my grandmother the following September – both felled by that most vicious of diseases, cancer), I struggled to adjust to the new life I found myself thrust into. Although some days it feels like I’ve spent the last three years running in place, I’d like to think that I’ve learned something in the process; and since this is predominantly an expository blog, I’d like to share a few of those lessons with you, today.

NORMAL IS OVERRATED
Anyone who has suffered a loss or some other life-altering event tends to develop a preoccupation with returning to “normal.” They want to erase the impact of what they’ve experienced and return to the things they once cherished and took solace in. They see grief as the emotional equivalent of the flu – something to be gotten over with as quickly as possible. This is a fallacy, however – an event of this caliber will leave an indelible imprint upon both your psyche and your soul.

You may try to convince yourself that because you’ve returned to your routines, things are normal – but such “normalcy” can often obscure the fact that you’ve ceased to make any long term plans. Your relationships become episodic. Nothing in your life will have substance, because doing so would require you to admit that you have been substantively altered by what you’ve experienced.

So forget Normal. The sooner you realise that this is your new paradigm, the sooner you can get on with the business of living. “Embrace the Suck,” as they say in the military – and then get on with your life. When you succeed in doing this, tell me how.

LUCK HAPPENS
If the bereaved tend to be distracted by their quest for normalcy, their friends and family tend to fixate on the concept of luck. As the hashmarks pile up in your Tragedy column, the people around you will often be quick to remark on how unlucky or unfair it is that such trials have been laid upon your back. After enough of this, you’ll be tempted to buy into this rhetoric and to throw yourself the world’s most epic pity party. Resist that temptation.

There are two reasons that you should do this. The first one is the most obvious – I call it “The Starving Kids in Africa” argument. While you can’t discount your own grief (which is a whole other pitfall), a little perspective is important. Logic dictates that only one person has the worst luck in the world, and statistics dictate that there’s a good chance that person isn’t you. Perhaps less abstractly, YOU’RE NOT THE ONE THAT DIED. Your narrative isn’t finished yet, so quit whining.

More importantly, however, it’s critical to remember that luck runs both ways. In my own life, there’s no denying that the last three years have been filled with tragedy – three major deaths in less than a year, followed by the loss of several colleagues in the years that followed. A couple of other setbacks and minor heartaches. Sounds like a pretty shitty run, right? By this accounting, I’m one of the unluckiest people I know. But if you scroll over to the successes column, that list is pretty darn long, too. I’ve made a host of amazing friends. I’ve traveled. I’ve done well at work. I’ve gone to more concerts and seen more bands in the last year than most people do in a lifetime, and I have a writing gig that is probably as close to my dream job as I’m going to get. Yeah, there have been some pretty craptastic moments in the last 3 years, but I’m also probably the luckiest guy that I know.

Luck is like the weather; sometimes it’s good, sometimes it’s bad, but ultimately, there’s nothing you can do about it. Getting mad at God or the Universe because you’re having a bad run is akin to forsaking your chosen religion because it rained three days in a row (this could explain why Oregon is the one of the most secular states in the nation). So enjoy the sunny days and get through the stormy ones.

EMBRACE YOUR OWN MORTALITY
Americans are irrationally obsessed with death, and it tends to manifest itself as both a specific fear of dying and an aversion to risk, in general. As an only child and the one the last members of a rapidly dwindling bloodline, I’ve become keenly aware of the fact that I operate on a daily basis without any sort of safety net. If I fail, there’s no government bailout for me; there’s no “moving home to mom and dad’s.” At first, that realisation was quite scary – but I’ve had to embrace it.

As a modern society, we waste a tremendous amount of energy on our back-up plans and on our fears of failure and dying (or worse yet, dying a failure). I’ve seen people fail. I’ve seen people die. I’ve seen people do both in the same season of their lives. And you know what? It’s not as big a deal as people make it out to be. The world continues to spin. As Steve Jobs said in his brilliant address to Stanford University, “Remembering that you are going to die is the best way I know to avoid the trap of thinking you have something to lose.”

In case you haven’t realised it yet, failure is as much of an inevitability in your life as death or taxes. You will fail. You will fall down. And no matter how strong, how smart, or how successful you are, ultimately time and fate will eventually betray you and deliver you over to your final reckoning. So try not to sweat it. Do your best. Whenever you fail, pick yourself up and keep going. And when you can’t pick yourself up anymore, well… try not to sweat that, either. When it’s your time, it’s your time.

It may be cliched, but it’s true: don’t be afraid of trying and failing; fear failing by default. Don’t fear dying; fear dying unready.

REGRETS ARE FOR PEOPLE WITH MORE FREE TIME THAN YOU
It often seems that the only thing that we’re more irrationally attached to than our fears is our regrets. By the time we reach adulthood, most of us have become expert curators of our own sorrows, amassing massive personal collections of losses and grievances. This is especially true for those of us who endure the death of a loved one or a failed relationship.

While these fixations are understandable, they can be deeply unhealthy. Many people end up using their grief as a crutch – much like the quest for “the normal” an attachment to regret can prevent people from moving forward (I think for some people, their status as “the bereaved” becomes their “normal,” and so they’re reluctant to give it up), and the fear of future regrets often prevents people from taking risks or making difficult decisions.

Unless you’re both independently wealthy and completely unmotivated, you have a life to lead. So avoid excuses. Don’t stagnate. Don’t hold grudges. Be decisive, even if it requires ruthlessness at times. Your memories often are like a noose made of gold thread and finest silk – they may be precious to you and beautiful to behold, but they can still strangle the life out of you, all the same. Don’t let them. 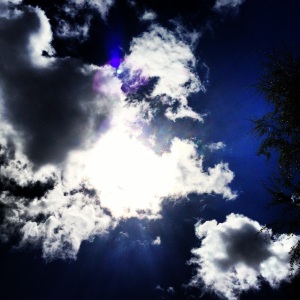 There’s no deep-seated significance to this photo – I just though you probably needed to something pretty to look at, by now.

These are the lessons I’ve learned in the past three years. They’re not particularly earth-shattering revelations, and perhaps some of you might even think that I’ve come to the wrong conclusions or that I’m just espousing my own self-aggrandizing gospel of grief of management. But that’s my take-away, and although posts on Thanksgiving normally revolve around the things we should be thankful for, I think it’s also useful to take stock of the things that we should be mindful of, as well. And for those of you who find the holidays difficult, perhaps some of these reflections will prove helpful – that’s my hope, at least.