In a week, I turn 30. I don’t really mind the idea of being thirty, but the reality of turning thirty is fairly exhausting. There’s a party to plan, bucket list items from your twenties to complete (I’m currently trying to grow a beard, because I always said I’d try before the big three-oh, and after a few weeks, I’m realising why I put it off for so long), and copious amounts of self-indulgent introspection and reminiscing to do. It’s really quite a process.

There were quite a few themes that dominated my twenties – work, volunteering, learning to cope with death and loss, dubious dating choices – but none quite so constant (and blog-post appropriate) as music. I saw my first “real” concert when I was 20; in the last year and a half of my twenties, I saw over 150 concerts. Things can change a lot, in a decade.

In the quintessential music nerd film, High Fidelity, John Cusack’s character decides to reorganize his vinyl collection “Autobiographically,” noting: “If I want to find the song ‘Landslide‘ by Fleetwood Mac, I have to remember that I bought it for someone in the fall of 1983 pile, but didn’t give it to them for personal reasons.” In a similar vein, if you want to know what made me tick in 2010, you should probably cue up some Florence + The Machine. Join me, then, as I take you on a guided musical tour of the past decade. (Each song has individual YouTube and iTunes links, but if you want to watch all of the music videos in a single playlist, just click below.)

(It’s worth noting that I was 19 during the Garden State era, so Frou Frou and Iron & Wine don’t make the cut. Nor do Snow Patrol, Postal Service, or any of bands that were staples on The O.C. and Grey’s Anatomy.) 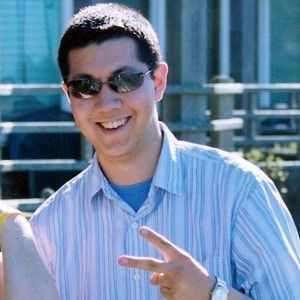 Age 20: Razorlight – “Golden Touch”
The summer of 2005 seemed to stretch on almost forever – a feeling that I was never quite able to recreate, later in my twenties. When I was 20, everything seemed new to me. I had a new job, a new car, and – for the first time in my life, a fair bit of disposable income to spend on CDs, which was good thing, because I was spending almost two hours a day commuting.

I remember listening to this song a lot, that summer. Razorlight frontman Johnny Borrell always seemed ridiculously young and brash, to me – but it didn’t really matter because I was both of those things, too.
Buy this song on iTunes.

Age 21: Beck – “Nicotine & Gravy”
I didn’t really drink as a minor, so turning 21 was pretty much my first introduction to drinking. I remember 2006 mostly as an endless string of house parties, occasionally punctuated by roadtrips (including my first trip outside the U.S.) and the first of my friends graduating college and getting married.

I realise that this tune was already six years old by the time I turned 21, but can you think of a more apropos album to represent the hedonism of your early twenties than Midnite Vultures? I sure can’t.
Buy this song on iTunes.

22: Rilo Kiley – “Silver Lining”
Twenty-two was really a single-issue year for me. I’m sure I did other things with my time, but mostly it was the year I fell in love and experienced heartache for the first time in a truly tangible fashion. Rilo Kiley was pretty much my constant companion during that era, and I although I didn’t necessarily believe it at the time, I tried to convince myself that there was, in fact, a Silver Lining to be found.
Buy this song on iTunes.

(I also threw at least one epic cocktail party, as you can tell from the photo above.)

Age 23: Kate Nash – “Foundations”
This was not the first song I had in mind to signify my twenty-third year of life. It wasn’t even the fourth or fifth. Kate Nash is an odd choice for me, but it’s fitting, because 2008 was an odd year for me, too. I turned 23 while on vacation in Palm Springs. I lost a bunch of weight. I briefly dated a girl who was totally wrong for me and consequently totally fascinating. And I listened to a lot of up-and-coming female singer-songwriters, including Ms. Nash. (You remember Meiko? KT Tunstall? Yeah, I bet you haven’t thought about them in a couple of years, either.) And as the year wore on, I watched the foundations of several old friendships crumble into dust.
Buy this song on iTunes.

Age 24: MGMT – “Electric Feel”
If 2008 had been a weird and ultimately rather difficult year for me, 2009 was a bit of a Golden Age. My friend Angelique and I spent a good chunk of the spring and summer roadtripping up and down the West Coast. I made an entirely new circle of friends, I did new things, I went to new places – I did whatever I wanted to, basically.

I’m not sure any song sums up that feeling more concisely than “Electric Feel”. I have two distinctively memories of this song: one was of driving down US-199 in the middle of the night, listening to “Oracular Spectacular” as we sailed over the Oregon-California border in the darkness. The other was giving my friend C a ride home one night and watching her throw a spontaneous dance party in my passenger seat when this song came on. Or maybe it was Beyonce. I’ll remember it how I want to, ok?
Buy this song on iTunes.

Age 25: Florence + The Machine – “Dog Days Are Over”
Twenty-five was a turbulent year, for me. I have plenty of great memories from 2010 – I visited friends in Saint Louis, travel to Hawaii for the first time and became a godparent – but it was also the year that my parents lost their home and both my grandmother and my mentor/coworker were diagnosed with cancer.

More than anything though, 25 was defined by a singular event: the death of my father. Twenty-four hours after getting the call, I found myself standing in at a hospital room in California, mediating on the lyrics to Death Cab’s “What Sarah Said” as I fingered my rosary beads and watched the numbers on his heart monitor dwindle to zero. I never really came back from that day.

Three weeks later, I found myself sitting in at bar downtown, breaking up with the girl that I had been dating while Regina Spektor’s “Hero” played in the background. It was a relatively new relationship that had imploded under weight of a grief I couldn’t quite understand, but it was heartbreaking, all the same. I’m not sure I ever really came back from that day, either.

In the aftermath, I found myself reciting the line, “Leave all your love and your longing behind / You can’t carry it with you if you want to survive” to myself on a daily basis.
Buy this song on iTunes. 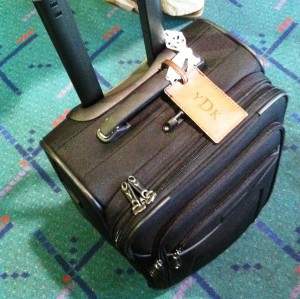 Age 26: Charles Atlas – “Genova”
If there was a theme for 2011, it was displacement. With my father’s estate to settle and my grandmother dying of cancer, I was flying to California pretty much every month, in 36-hour stints because I didn’t have enough vacation time to go for longer periods of time. I became intimately acquainted with three-letter words like PDX, SJC, OAK, SAN, LAX, SEA. I was fascinated by the film “Up In the Air“ from the first moment I saw the trailer, but now I was actually living that life, after a fashion.

When I was 26, I was uprooted, transient. To paraphrase the film, I was always surrounded by people – at my coworker and my grandmother’s funerals, being best man at my friend’s wedding, on the dates I was constantly going on, criss-crossing the West Coast in HorizonAir’s finest – but I was always a little isolated.

This wistful, melancholic piece from Charles Atlas – featured in the trailer – never failed to soothe me, though. Even to this day, whenever insomnia strikes, I put this track on (usually without George Clooney’s monologue, though) and let it lull me to sleep.
Buy this song on iTunes.

Age 27: Dom – “Living in America”
Much like a politician in an election year, I can be something of a single-issue guy, when it comes to chapters in my life, and 2012 was no exception. My twenty-seventh year was the year I started the blog with my friend Jenna that eventually become PretentiousPDX.

In keeping with what was destined to become my Portland persona, 2012 was also the year that I started do all kinds of Portland Hipster Shit (TM). Jenna got me to start going to concerts on the regular. I went to Bumbershoot and beer festivals. I went wine-tasting and traveled for reasons other than funerals. Living in America felt pretty good.
Buy this song on iTunes.

Age 28: Lady Gaga – “Applause”
It would probably be hubris to say that 28 was when I finally “made it,” but it was definitely a turning point, in terms of my creative career. After working on PretentiousPDX for about a year, I finally made it into the big leagues in September when 94/7FM asked me to write their Live Music Blog. Thus began a crazy, 16-month roller coaster ride that take me to see over 250 bands all over Portland. I also published my first articles on ThoughtCatalog – my first taste of national/international exposure.

So why this song, you ask? Truth be told, I spent most of my twenties thinking that Lady Gaga was a little scary. I’m still kind of afraid of her. But on the day I went to interview for the 94/7 gig, I listened to this song on repeat for the entire drive there, because I realised Stephanie G was absolutely right – we all live for the applause.
Buy this song on iTunes.

Age 29: Foster The People – “Coming of Age”
Most of our twenties are spent in service to The Struggle; we spend so much time just trying to survive that we don’t really pay much attention to where we’re going.

For me, twenty-nine was the year that I finally tried to take stock of my life and start asking myself what exactly my visions of “success” and “adulthood” would look like, were I to achieve them. I got promoted at work. I saw pretty much every alternative rock act imaginable. I hustled more. I worked harder. I played… well, not as hard, actually.

Is this what success looks like? Is this adulthood? I don’t know. Maybe 30 will feel like a Coming of Age, maybe it’ll feel like nothing. But it definitely feels like a pretty damn good place to start.
Buy this song on iTunes.