Last week, we talked the importance of having a well-assembled clique. Hopefully, you’ve taken time this week for reflection on the wisdom of my words, and now you’re ready to gather your homies and paint the town red. You’re pumped, your friends are the shit, and you’re just going to murder it on the scene tonight, right?

Not so fast, Hova. You gotta pregame, first.

The concept of pregaming has changed a lot since you were doing shots of Monarch and shotgunning Milwaukee’s Best in your dorm room. For one thing, by the time you hit your mid-to-late twenties (which seems to be my primary demographic), most people aren’t actually aiming to be wasted by nine o’clock at night. Nor do they need to accrue enough alcohol-induced courage to “omigod, like finally talk to Billy from my Intro to Modern Lit class.” Those days, hopefully, are long gone. (If they’re not, please consider matriculating before reading further… and/or entering a substance-abuse program.)

However, the need to socialize and imbibe before hitting the streets is extant – for one thing, if you’ve got as many Fashionistas in your crew as we do, there’s a lot of time to be spent primping, outfit-coordinating, and accessory-swapping – you might as well do so in good company, right? Furthermore, hitting the scene in Portland is usually a high-decibel experience – the minute you walk in the door at Dig-a-Pony or the lights go down at Wonder Ballroom is also the last moment that you can hope to hear what your friends are saying at any level lower than a gentle scream. So if you wanna get the skinny on that handsome guy with the Warby Parkers and the rad beard that your BFF met at the food carts last week, now’s your opportunity. Lastly, the Pregame allows The Epicureans and The Bartenders in your group to ply their trade. Find a new Gruyere at New Seasons? Wanna get weird with some Pernod? Trying to recreate one of the drinks at Secret Society? Better do that shit at home, son.

So let’s say you’ve settled in at your bestie’s swanky Pearl District loft (whoever has the most central location and/or the most extensive wardrobe usually becomes the designated Pregame Host) with a craft cocktail and a cheese plate. What’s missing? The music, of course. Having a good soundtrack is essential to a successful Pregame Session. While our crew usually uses these moments as a time to showcase the most Next Level Shit they can find, there are a few tried-and-true jams that get pulled out with a certain degree of regularity, either at The Crib or on the way to the venue. So, for those of you who lack an Audiophile in your crew (or just want to some new material to work with), listen below for PretentiousPDX’s Playlist to Pregame By.

It would be negligence on our part to start this playlist with anything BUT this song. Jeezy’s ode to his own entourage off of last year’s Cruel Summer may have been eclipsed on the charts by “Mercy,” but few songs extol the benefits of having a crew better than this one. While no one in your clique may bump into George Tenent at the club or have to take the rap for Jay-Z, people should know – no one fucks with Kanye’s clique – and they had better not mess with yours, either.

Plus, you got a love a guy who names his baby after our part of the country. (Just kidding.)

For the record, I hope none of you actually try to emulate Rihanna’s lifestyle. In addition to her dubious track-record on domestic violence issues, smoking chronic for breakfast and doing shots of Patron at the stripclub is probably not the best use of your money (although, if you want to hear about the perils of ballin’, I highly recommend that you read GQ’s hilarious profile of Rick Ross, who apparently views “making it rain” as some sort of noblesse oblige-type chore). However, no one can deny that Riri is both fabulous and fearless – and as anyone who follows her Instagram account can attest – a master of giving None of the Fucks. Whether it’s dropping a Benjamin on the valet or taking selfies of herself smoking a blunt in bed, Miss R never fails to amaze and impress.

Riri’s music video for this song is expected to drop any day, now – but in the meantime, you’ll have to content yourself with the audio.

So not every song on this list is about be the world’s biggest Baller (although that’d be a pretty badass playlist). This track from Swedish band Miike Snow makes the list simply because it’s a killer track. While they’re probably better know for the ridiculously catch track “Black & Blue”, this cut off of their second album, Happy To You, has a slightly faster tempo and an equally catchy sound.

Ahhh, the Swedes. First inexpensive furniture and now amazing pop music. What CAN’T they do?

There actually is a music video for this song, but I didn’t post it because it’s a little too weird for my tastes. If you want to check it out, go here. But don’t say I didn’t warn you. 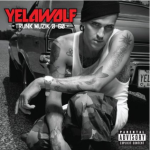 Ohhhh, Yelawolf. What can I say about this guy? Wait and Scene and I saw this guy at Bumbershoot last summer (along with several hundred stoned teenagers), and he was equally parts awesome and ridiculous. Although we could barely see him through the cheeba fumes, Yelawolf gave a suprisingly good show in between swigs of Jack Daniels and awkward moments where he forgot where he was (“My next single was recorded right here in Oakland!”). Clever rhymes, grimey beats, and more tats than a whole prison cellblock – what’s not to like?

Admittedly, this track is a little out of place in a Lambo-free environment like Portland, but if that bothers you, just change the lyrics to “Daddy’s Lexus Hybrid.”

Those neck tats, tho.

From a guy who occasionally wears diamonds in his mouth to a group that just sings about them – our next track is from indie pop darlings Phantogram. Not only is Sarah Barthel a total babe, but she and Josh Carter craft some of the most perfect songs for cruising down Burnside or Grand on a Saturday night.

As I alluded to earlier, the best kind of Pregame Playlist is one that can seamlessly transition from music for the Crib to music for the drive to wherever the evening’s main attraction is – and even the ride back home. While the rest of these tracks are great for pregaming, they’re equally suited for that ride to The Woodsman, Doug Fir, or wherever else your evening takes you.

Another track from Kanye? Sure, why not? If I wanted to be lazy, I could have just linked to every track on My Dark Twisted Fantasy and called it a day. While this summer will no doubt be dominated by Yeezus, which dropped this week, I challenge you to find a better song than this one if you want to watch the Portland skyline from somebody’s rooftop patio.

The man really needs to make more music videos, though… either that, or fewer amazing songs.

While it may be the oldest song on this list, M.I.A.’s music is just as raw now as it was when Kala dropped in back 2007. The chorus might be from The Pixies, but this track is all M.I.A.  (I was originally planning on using “Bad Girls” for this playlist, but the trailers for The Heat have forever ruined that song for me.) And while no one wants to ruin a good bourbon buzz with geopolitics, it is interesting to ponder the idea that you can (allegedly) purchase an AK47 for the same amount of skrilla as Macklemore uses at Goodwill.

M.I.A. is rumored to have a new album coming out this year – we can only hope that Matangi is just as badass as her first three records.

M.I.A. is notoriously stingy with her music videos, so let’s enjoy some still shots of Sri Lanka’s baddest MC, instead.

There’s something deliciously wrong about following M.I.A.’s geopolitical lament with this track. More importantly, though, this jam from Kendrick Lamar’s second album, Good Kid, M.A.A.D. City, is the perfect track to round out our playlist.

Not only is this a great song to play on the ride home from the bar (I’ve seen at least one or two of my friends sing along with this song while sprawled out in my back seat), but “Bitch Don’t Kill My Vibe” has become one of the most commonly used retorts in my crew (along with “Child, please!” – but that’s a whole other story).

So, now that we’ve reached the end, I’m going to allow myself a brief hipster lament. All this winter, Macklemore’s “Can’t Hold Us” was a common fixture on our pregame playlists. While the masses had co-opted “Thrift Shop”, we figured that songs like “Can’t Hold Us” and “Make the Money” remained the purview of more engaged fans – people who had actually listened to The Heist in all its glorious entirety. And then you assholes went and ruined it – and now we’re forced to listen to “Can’t Hold Us” every 20 seconds on Top 40 radio. Rad music video not withstanding, I can barely stand to listen to the song, anymore.

So, instead, as an encore to our Pregame Playlist, I give you a slightly more obscure track from Seattle’s favorite rapper, dedicated to all the Mother Hens, Designated Drivers, and Linchpins, out there.

This is my favorite track to listen to after I’ve dropped off all of my charges for the night. Mellow, maudlin and slightly melancholy, this is the perfect post-game song – one that reminds you that no matter how awesome your crew is and how crazy your adventures, everything is transitory – and should be cherished appropriately.