Valentine’s Day. Singles Awareness Day. Another friggin’ Thursday. People call the 14th of February by a lot of different names – and they ascribe even more meanings to this one day on the calendar. For some, Valentine’s Day is a romantic moment, while for others it’s a burdensome chore or a sad reminder of things that could have been. February 14 is a litmus test of sorts – we all know what Valentine’s Day is supposed to mean – but it’s up to us figure out how our reality stacks up against society’s expectations.

Now, I don’t want to be cynical, but I’m guessing that most of the people reading this post are single. Unless you’re waiting at the florist or something, I don’t think most people in who are head-over-heels in love are going to waste their time on Valentine’s Day perusing obscure pop culture blogs. Which is OK. This post isn’t really for them.

Over the last decade, Starbucks has sporadically put out a series of Valentine’s Day-themed “Sweetheart” CDs – each one a compilation of famous artists covering love songs by other famous artists – which is all fine and grand if your jonesing for a new take on Sam Cooke’s “Cupid.” But since that’s not really my target demo (and since tracking down cover songs is a dreadful bore), I decided to make my own playlist geared towards the type of people that read blogs on Valentine’s Day. I’ve created a mix I call “bittersweetheart” – ten songs about love, lust and loss. Don’t worry, there’s nothing too depressing, but there’s nothing too schmaltzy, either.

So, if your plans for V-Day are centered around laying on your couch and listening to Taylor Swift’s “Trouble” on repeat, why don’t you mix it up a little? Put down the Haggen-Daz, change out of those sweatpants, and check out these tracks. Consider it my Valentine to you, dear reader.

(If you want to listen to these songs as one uninterrupted playlist, click here.)

While this playlist isn’t necessarily very romantic, let’s at least start off on an upbeat note. Fronted by former child star and sometime Postal Service collaborate Jenny Lewis, Rilo Kiley has long been a permanent entry on my list of Desert Island, All-Time Top Five Recording Artists. While Jenny’s normally known for her razor-sharp lyrics and country-tinged vocals about lovin’ and leavin’, this song strikes a slightly more optimistic note about the possibility of lovin’ and stayin’, instead.

Speaking of leavin’, although Rilo Kiley called it quits a couple of years ago, fans of the band will be happy to know that there’s new (old) material on the horizon: RKives, a collection of rarities and previously unreleased tracks is scheduled to drop in April.

Like most Scandinavian artists, Lykke Li is a little bit weird, a little bit fascinating, and a lot catchy – and this song about mutual attraction is not exception. Sometimes falling in love is like playing chicken – the first one to flinch might be the weaker party, but if neither of you make a move, then you’re fucked.

3. The Neighbourhood – “A Little Death” 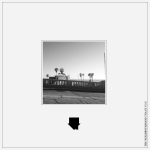 Everyone (including this blog and our early-adopter friends over at Wait And Scene) has been going crazy lately for The Neighbourhood and their hit single, “Sweater Weather.” Maybe it’s their edgy sound, maybe it’s their love of British spelling – could be both – but people can’t get enough of these guys, and tickets to their sold out show this month at The Crystal Ballroom are becoming a highly sought-after commodity.

“A Little Death” may not be quite as radio-friendly as “Sweater Weather,” but it’s just as good and just as lust-driven, and it comes with a super-steamy, super-creepy video about homicidal lesbians. (Viewer Discretion Advised)

Yeah. I’m not sure I understand what’s going on here, either. 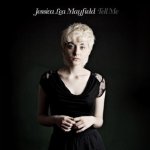 One hot, August night a couple of summers ago, I sat down with a bottle of scotch and this song, and proceeded to listen to it on repeat while I wrote the toast for my friend’s wedding. I’d like to think it was a pretty decent speech… so maybe I have Miss Mayfield to thank for it. Now, while I can’t guarantee that Jessica Lea will help YOUR writing, I can guarantee that this a great, wistful little number. When JLM talks about being “Drunk on thoughts of you, red wine, and tequila, too”, you can’t help but want to join her.

A small caveat for anyone who wants to buy this song – the album version is a little bit faster tempo. Both versions are good, but the live one is definitely my favorite.

I’m not a huge Death Cab fan, but when they get it right, they do so with a vengeance. Ben Gibbard’s song about one-sided love proves that Ben is not only more insightful than we sometimes give him credit for, he’s also apparently a much bigger asshole, too. The first time I heard the line, “She is beautiful, but she doesn’t mean a thing to me,” it made my blood run cold, a little – partially because it’s terrible, partially because sometimes it’s completely true.

Speaking of Zooey Deschanel’s ex, the blogosphere has been going crazy this week with news that the Postal Service is reuniting for a tour (along with Jenny Lewis) later this year. You can check out their latest track here. (I could’ve devoted an entire playlist to bittersweet songs by The Postal Service, but I figured it’d start sounding like a Grey’s Anatomy marathon.) 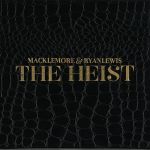 Ok, ok – we get it: everyone loves “Thrift Shop.” If my Facebook feed is any indication, pretty much every man, woman, and child in the developed world has heard that song now, and people just can’t get enough of a white guy rapping about fur coats and R. Kelly. (Isn’t that what Kid Rock’s been doing for years, though?) Now that the America’s embraced Seattle’s favorite son, though, I wonder how many of them have actually bothered listening to the rest of The Heist – most of the tracks on there are a lot more somber than “Thrift Shop,” including this lament about lost love and the perils of fame.

A clever little number about sabotaging the things you pine for. I first heard this song a couple of years ago (in my callow youth) and although I’ve never shacked up with anyone, when Christopher Mansfield sings, “I guess I’ve got just what I wanted / A pretty girl to live with me; And split the rent right down the middle / And all I wanna do is leave” (or “All I wanna do is be”, depending on which version of the lyrics you’re reading), I kind of understood what he was talking about. Everything in life sounds great, until you actually get it.

Ironically, for quite some time I mistakenly thought the refrain to this song was “I’m thinking about everything” – which made sense to me at the time, since our nebbish protagonist was obviously over-thinking pretty much everything in his life – something I’ve done plenty of times, myself. Recently, though, I re-listened to the song and realised that what he’s actually saying is, “I’m fucking up everything,” which, sadly, makes even more sense to me, now.

This guy looks way more hardcore than his lyrics. 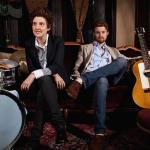 At first glance, this song by sibling duo Barbara & Ethan Gruska sounds like quite a downer. And maybe it is. After all, nobody likes to talk about failure – especially in a Valentine’s Day playlist. But when you listen to Ethan and Barbara proclaim that they “Don’t care about being a winner / Or being smooth with women; Or going out on Fridays / Being the life of parties”, you realise that what the Brigade is talking about isn’t so much about losing as it is about changing your definition of success. Which – let’s be honest – if you’re reading this by yourself on Valentine’s Day, might just strike a chord with you, dear reader.

Or maybe it’s all about breaking into the dog pound. Who knows.

Before Mark Ronson and Amy Winehouse could make an amazing (and at this point, better known) cover of this song about loving gingers, we had to have the original version, courtesy of English rockers The Zutons. Both are good renditions, but for our purposes today, you can’t beat the real thing. Amy’s life was nothing but heartache – if she was missing Valerie, that was probably just another typical Thursday for her – same day, different face. But when you listen to these guys, they make it sound like Val really was the one that got away.

Since her band kicked off this playlist, I’d thought I’d let Jenny close it out with this track off her post-Rilo Kiley solo album, Acid Tongue. And what better way to round out a playlist about the bittersweet side of love than by featuring an artist who left the band that she started with her ex-boyfriend to strike out on her own? Oh, damn! You know what that is? That’s some SUBTEXT, son!

Aside from the obvious symmetry the main reason I chose this track is because I wanted to end on a slightly upbeat note. There’s something rather mournful about this song, but still hopeful. Being in love isn’t an easy thing; and not being in love isn’t easy, either. But in either case, you keep trying, right?

And now, for something completely different:

If you guys are still looking for something to do this Valentine’s Day (as if my playlist wasn’t enough, you jerks), Rontoms is hosting their 4th Annual Rock ‘n’ Roll Prom, featuring local bands The Monarques, Pony Village, and The Cry covering a wide range of hits from the 50’s and 60’s. While Rontoms is unfortunately starting to develop a reputation for being a magnet for bros and hipster d-bags, last year’s event was pretty rad, and the lineup for this year looks awesome, too.

Read the Portland Mercury’s write-up here, or check out this clip from last year’s event: